The contents of Amanda McLemore’s pantry look more like what you might find in your great grandmother’s kitchen than that of a typical 2018 home. Trained chef and founder of the website Baguette & Butter, Amanda seeks to teach a sustainable American food culture through kitchen, garden, and simple life skills. Her shelves are stocked with fruit preserves, dried herbs, fermented vegetables, and homemade condiments in varying supply depending on the season.

After graduating from culinary school in 2014, Amanda decided to give up shopping at the grocery store for an entire year. During that time she learned how to sustain herself in a truly closed loop kitchen.

I talked to Amanda about her “grocery store detox” and how simplifying her kitchen habits made her a happier cook.

What made you want to start Baguette & Butter?

I’ve known I wanted to cook since I was five years old—one year I asked Santa to get me a set of knives and a blowtorch because I wanted to make creme brulee. When I went to culinary school I was learning traditional cooking methods and how to make things from scratch, but then we would go to the cafeteria and eat mostly processed and packaged food.

Eventually, I started to read the packaging and it led me to question everything. I realized that instead of trying to cook for other people in restaurants, I wanted to start from home. So many people in the industry are burnt out and don’t take care in how they feed themselves. Helping the people in my community became more important than being a restaurant chef.

So you started in your own kitchen?

I started gardening when I moved back home to Detroit after culinary school, and I literally just bought a whole bunch of seeds and planted them. I didn’t expect to harvest anything. Every morning before I went to work I would sit outside and read my book and have my cup of coffee, and I would observe what was happening in the garden. That was kind of my entry into growing my own food—being able to sit back and be like, “Man that stuff is insane!”

In 2014 when I moved to Chicago, I decided I was going to stop shopping at the grocery store for a year. When it comes to buying food there are so many health claims and mysterious ingredients and I just wanted to minimize the whole thing. Through gardening, I had also started to connect with how much time and resources it takes to make a plant grow compared to how easily I would let food go to waste in the fridge.

So I thought, there used to be a simpler way people did this, how can I get back to that? I got a garden allotment, I planted some herbs in my 300-square-foot apartment, I had peas growing up my wall, I started canning a little bit, and I made a list of farmers markets in my area.

After a year I started shopping at grocery stores again, but now I rely mainly on small co-ops like Sugar Beet and The Dill Pickle. In the summer I don’t have to buy produce because I grow it in the backyard.

It’s been awesome to see how the more I learn, the simpler it is. I’m never concerned about what I should be eating or where my food is coming from. I also don’t get bored with food because when you eat seasonally there is always something new that’s going to be up next.

How did you figure out how to get food items that you couldn’t grow yourself during that year?

It was challenging. There was a farmers market in Royal Oak Michigan I would go to every Saturday, and I really had to work my schedule around it. I woke up at 5 a.m. to pick up local milk because that’s when the dairy would drop it off at restaurants and they didn’t have a retail location.

I baked bread and made yogurt at home. It’s humbling to know that you can make something to sustain yourself even if it’s lumpy or it doesn’t hold up to the picture-perfect standard we’re used to seeing in the store.

How did you learn about preserving?

It was mostly trial and error. If I had milk that was on its last days I figured the worst that could happen was that it would end up in the compost anyway so I might as well try to make ricotta out of it. And if it worked I could do it again the next time.

The biggest barrier wasn’t so much learning how to preserve, it was really learning how to trust myself. The first time I made yogurt I was terrified I was going to get sick from it. But I realized that I was trusting this larger food system where we really have no idea what’s going on more than I trusted myself. My mom called me a few months ago during that huge romaine recall to make sure I hadn’t eaten any romaine and I was like, “My romaine grew in my backyard!”

I also spend a lot of time sifting through information on the internet. I try to do the research and present it in a simple, user-friendly way on Baguette & Butter to make it easy for people to try these things.

Do you apply the same principles to your non-food household items?

I make some things myself but I mostly just try to purchase package-free and from local, sustainable companies. In the winter when I take down my Christmas tree, I stuff all of the pines into a bucket with vinegar and that’s my “pine-sol” for the year. It’s important to understand where the products in your home come from, but I think it’s also important to know yourself and what you want to spend your time on. I would rather be gardening or cooking than making all my own cleaning products, but there is somebody out there who has a passion for that and they do it really well, so I try to support the community that way. I love Meliora, their bar soap is great for doing dishes.

Can you offer a few tips for someone who is just starting to become more self-sufficient in the kitchen?

One of the workshops I offer is simple preserving methods, which covers freezing and drying your own food. Those are pretty much foolproof methods because it’s very obvious if something has gone wrong. If you’re drying something and you see mold growing on it you know you can’t eat it at that point. If you freeze it likely the worst that will happen is it sticks together in a block.

And then also just watching what’s in your fridge. I think a lot of people get lost in what they already have and they over-purchase, and then when they see something that looks like it’s going bad they throw it away. There is always a next step for a food item. Sometimes it might be the compost, but challenging yourself to figure out how to use something in your next meal or alter it to extend its shelf life makes a huge difference. Tackle preserving from the standpoint of what you already have and you’ll start to gain a respect for the food you would otherwise throw out.

Any resources you can recommend other than Baguette & Butter?

One of my favorite cookbooks is Darina Allen’s “Forgotten Skills of Cooking.” It shows you these old-world ideas of cooking very simply. There are chapters on foraging, gardening, and preserving. I’m flipping through it constantly.

For gardening, Alys Fowler did a series a long time ago on BBC called “The Edible Garden” where she goes through each season eating from her backyard. When I discovered that series it really gave me the confidence to know that I could grow most of my own food in the city.

What’s up next for you?

I offer a free online workshop once a month and my next one is December 2nd which is “7 days of cocktails.” Information for both of those are on the website.

I will be releasing my “Clarified” series at the end of the year, which is a video series where I talk about giving up the grocery store and how I learned to preserve my own food. I am super excited about that and I’m hoping to evolve it into something longer.

I am also trying to do more events with the community—pop-up dinners, workshops, and collaborations with local companies—so keep an eye out for those!

Learn more about Amanda at baguetteandbutter.com
and on her Instagram: @baguette_and_butter 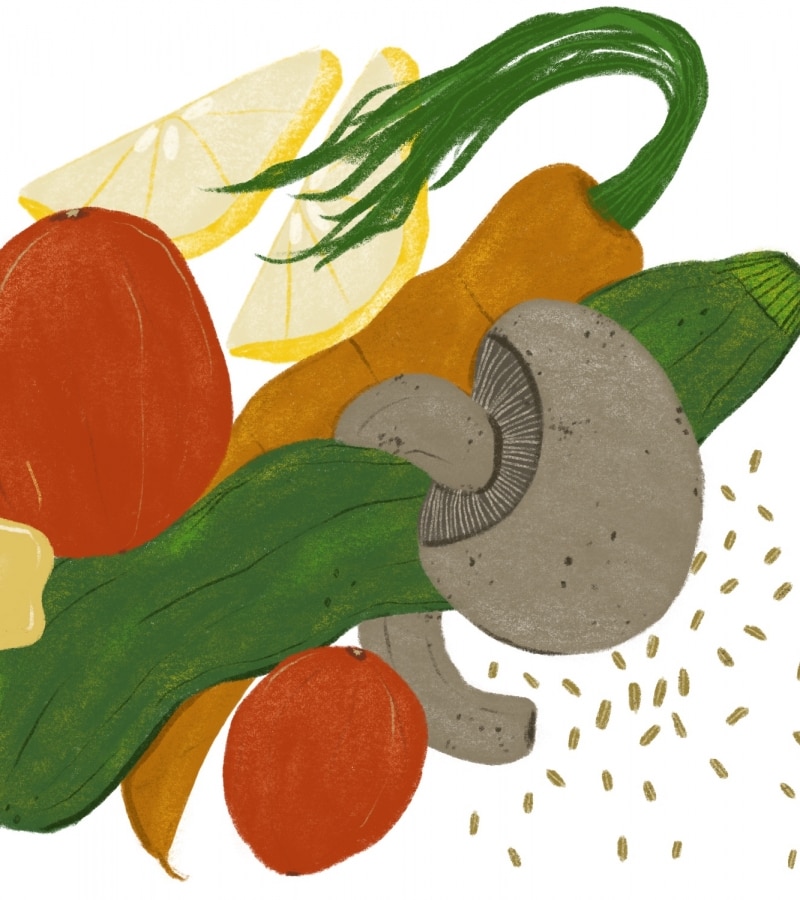 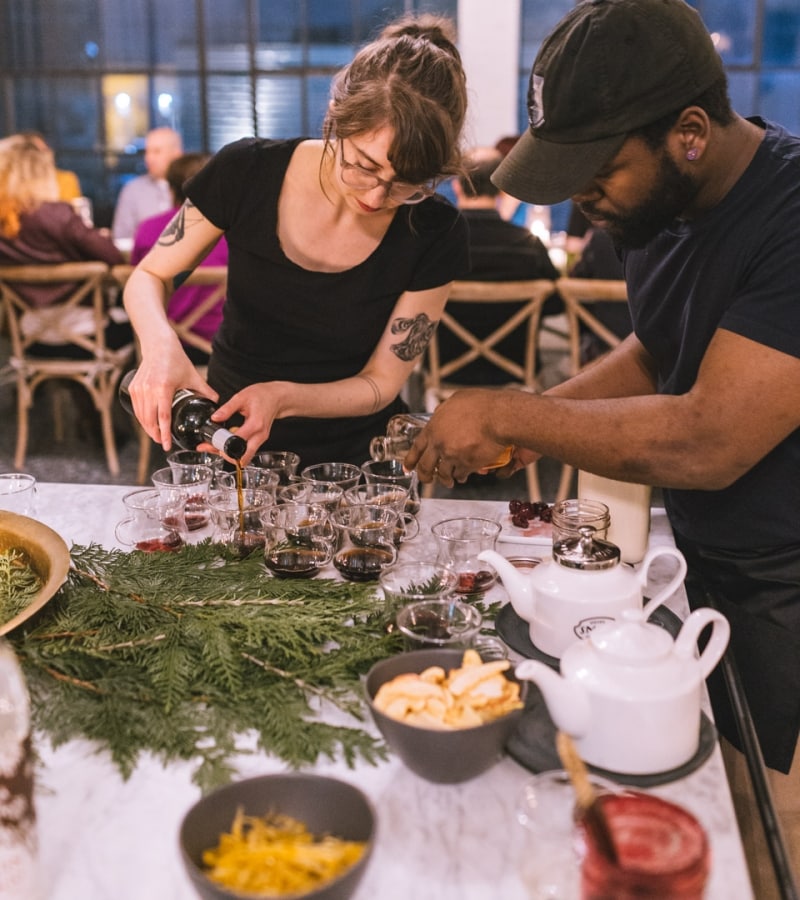 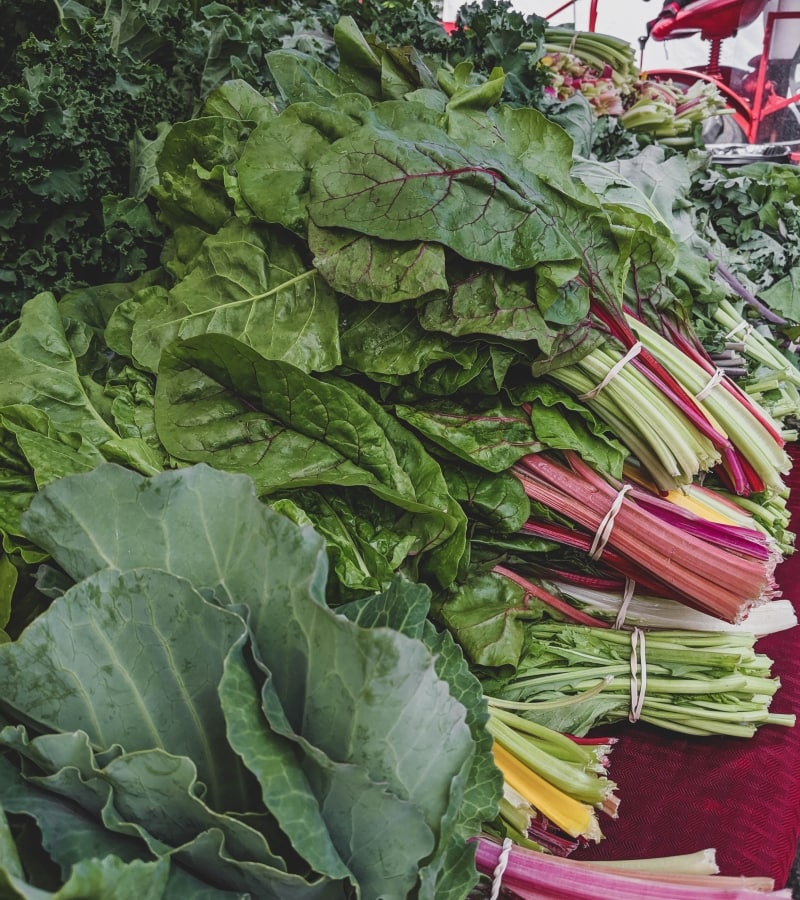